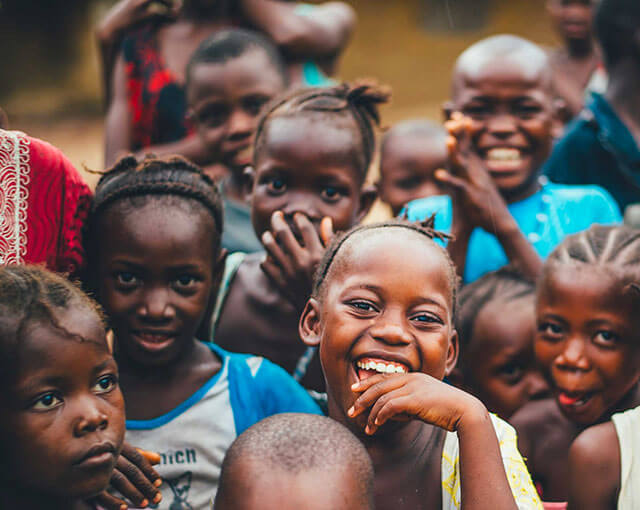 AJIRI DADA (Employ Girls and Young women) Initiative Project (ADIP) is a two-year project awarded to Ananda Marga Universal Relief Team (AMURT) under the DREAMS Innovation Challenge. The DREAMS Innovation Challenge (DREAMS-IC) aims to reduce the incidence of HIV infections in adolescent girls and young women living in 10 sub-Saharan African countries through implementation of innovative solutions, contributing to the overall PEPFAR target of a 40% reduction in new HIV infections among adolescent girls and young women in target countries by 2017. DREAMS-IC is funded by the U.S. President’s Emergency Plan for AIDS Relief (PEPFAR); Janssen Pharmaceutica NV (Janssen), one of the Janssen pharmaceutical companies of Johnson & Johnson; and ViiV Healthcare. On behalf of PEPFAR and other donors, funding for this project is managed by John Snow, Inc. (JSI)

The intervention revolves around optimizing on the current unmet high demand for skilled and professional house attendants in Nairobi, especially 33% of upmarket residential estates, through a strategic partnership model incorporating public sector, private sector and CSOs.  ADIP will systematically identify and recruit girls (19 to 24 years) from Nairobi’s informal settlements by appropriately leveraging on current DREAMS implementing partners in Nairobi County. Recruited GYW will then undergo a series of trainings and mentorship on house-keeping skills, health education including HIV prevention, FP/STI, SRH, basic training on hygiene and sanitation, and Financial literacy training.  ADIP will strategically partner with Jazza Centre in training targeted GYW on professional house-keeping.

The project is being implemented in 10 sub-counties of Nairobi county, targeting beneficiaries from informal settlements of Nairobi, including Kawangware, Mukuru, Kware, Mathare, Kibera, Kangemi, Korogocho, Dandora, Githurai amongst others.

AJIRI DADA project interventions will focus on reducing economic drivers that increase the girls’ sexual risk behaviors. ADIP project will primarily address unemployment of GYW and subsequently contribute towards HIV prevention and health education for the beneficiaries, secondarily.    Other indirect beneficiaries who will be reached by AJIRI DADA project will include children to targeted Girls and young women, parents and other family members, through trickledown effect of increased economic productivity.

AMURT will appropriately also work with informal settlement leaders and CBOs, to identify and recruit 2000 targeted GYW. In addition, the project will ride on other USG initiatives, including partners currently implementing DREAMS in Nairobi County to identify eligible girls through their registers. These girls will then be supported for a one-month professional training in domestic house-keeping to equip them with requisite skills for absorption into the job market. Upon graduation, they will be placed in employment where they are expected to earn salaries as stipulated in the minimum wages under Kenyan labour laws.  They will then be supported to save part of their income for future meaningful investments that will include starting of market driven small businesses/IGAs.

join together for charity